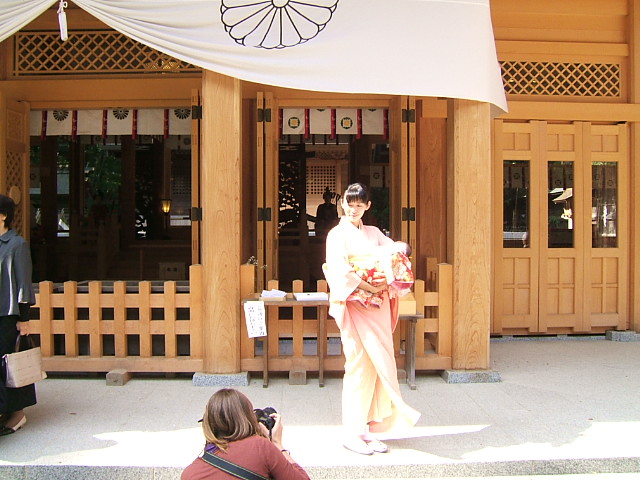 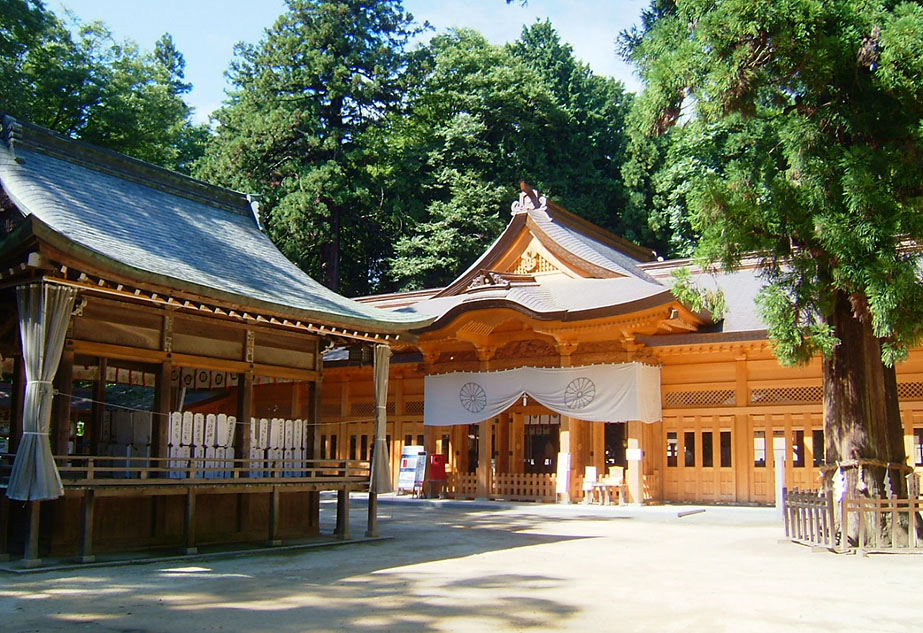 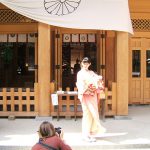 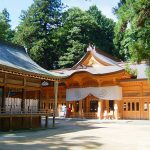 This is a wonderful place to get a sense of Azumino and even greater Japanese culture. Shrines are scattered throughout Japan, but Hotaka shrine is unique for its adjacent historical museum and founding sense of Azumino. Hotaka-no-mikoto, the tutelary deity of the region and Japan Alps, is worshipped here as well as in Kamikochi and at the summit of Mt. Oku-Hotaka. Also, if you haven’t been to a shrine or many, Hotaka Shrine is gorgeous, surrounded by old trees, and even famed for its special energy power concentrations.

Hotaka Jinja Shrine is a quiet oasis, a secluded place of worship set in a grove of towering Japanese cedar and pine trees not far from Hotaka Station. Once a year, the shrine hosts an exuberant festival that celebrates the community’s deities and its ancient seafaring roots.

While the exact date of its original construction is unknown, the shrine was already well known throughout Japan by the tenth century. It enshrines the nautical deity Wadatsumi no Mikoto and his son, Hotakami no Mikoto. The latter is the tutelary deity of the Azumi clan, originally a seafaring people that lived in Kyushu.

Sometime in the distant past, the clan migrated northward and eventually settled in the Azumino area. They built this shrine in the heart of the valley to honor the gods of their origins and thank them for their protection.

A massive wooden torii gate marks the entrance to the shrine compound. The first building visitors see is the kaguraden, a pavilion for sacred dances that is now used for festival ceremonies, weddings and other events. Beyond is the hall of worship, where people make their offerings and follow prayer rituals. Behind the hall are the three honden, smaller sanctuary buildings where the gods are enshrined, with the center one dedicated to the main deity, Hotakami no Mikoto.

Like similar buildings at Ise Jingu, Japan’s most sacred Shinto shrine, each honden is rebuilt every two decades to the same exact specifications. The reconstruction times are staggered, so visitors can tell which of the three has been most recently rebuilt by the weathering of their wooden surfaces.

This cycle of reconstruction ensures that ancient rituals and traditional shrine-related architectural details and techniques are passed down to each new generation. For instance, at both ends of the central honden’s roof, there are forked finials called chigi that extend up from the roof ridges. This design dates back several millennia, and while it is thought to have originally been a structural feature, now it is purely decorative. Such forks can be seen at Ise Jingu and certain other Shinto shrines.

There are many nautically themed statues, carvings, and other artifacts at Hotaka Jinja that illustrate the folklore and unusual history of the ancient clan that populated this area.

Historians believe that the Azumi clan were fishermen who once made their home in the northern part of Kyushu, where they had contacts with mainland Asia. For reasons unknown, they decided to abandon their homeland sometime in the fifth or sixth century and scattered over Japan in search of a new place to put down roots.

After a long search, some of them finally decided to settle in what is now known as the Azumino valley. Protected on all sides by rugged mountains, this place was a far cry from the coastal regions they had come from.

While the Azumi clan gave up their boats and nautical lifestyle, they stayed true to their principal deity, Hotakami no Mikoto, who had protected them in their seagoing days and on their land journey north. Today, the deity is regarded as a guardian of transportation, and many people bring their cars to Hotaka Jinja to be blessed during the New Year period. Many climbers can be seen offering prayers for safety before setting off to trek the Northern Alps.

There are two branch shrines related to Hotaka Jinja, one easily accessible to worshipers, the other located among the clouds.

The former is the Okumiya branch, near Myojin Pond in the Kamikochi valley, about an hour’s walk from the iconic Kappabashi Bridge. This branch shrine has a nautical aspect that is likely an ancient link to the seafaring Azumi from Kyushu: during the annual festival in October, Shinto priests in colorful Heian-period (794–1185) dress glide across Myojin Pond by boat, offering prayers to the gods and thanking them for safe passage through the mountains.

The Minemiya branch of Hotaka Jinja is a small wooden structure that stands at 3,190 meters on the summit of Mt. Oku-Hotaka, the third tallest mountain in Japan and the highest spot in the Northern Alps. This is believed to be where the god Wadatsumi no Mikoto descended to earth from the heavens, and from where he protects hikers and the descendants of the Azumi clan in the valley beyond the mountains.

Ofune Matsuri (famous craft boats parade) is held in September and Obisha Matsuri is held in March at Hotaka Shrine.